The Pantone Spring color Custard is soft shade of yellow that is, as Pantone describes, "sweet and sunny".  Pantone says this color pairs well with Classic Blue.  I have found that it compliments most of the colors in the spring palette.  We made some heart canes using our new extruder dies from Lucy Clay Tools.  We made a sort of Klimt or retro cane for the heart using the Custard combined with the Strawberry Ice, Tangerine and thinner slices of Marsala.  We then did the outside frame for the heart in Custard and some in Tangerine.  Below are some buttons we made from the cane slices. 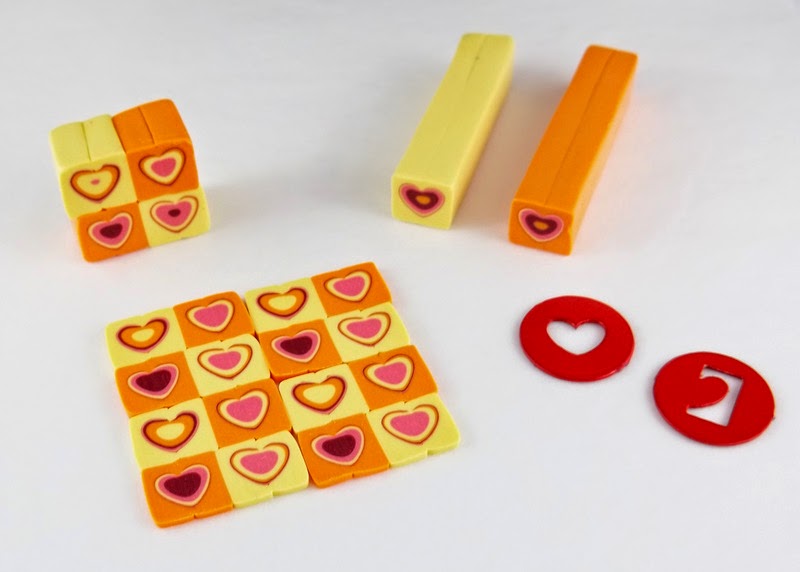 You can see a demo for the heart shape extruder dies on a YouTube video here.  It isn't in english, but is easy to follow from the demo.  Since our new Extruder (CZextruder) and dies arrived we have been wanting to play with some of the unique patterns.  There are some interesting shapes worth experimenting with and these also fit other clay extruders such as the Makins or Walnut Hallow.

One thing that didn't impress us at first was how the dies were packaged.  We thought they were pretty cool coming in a CD case and all, however every die had to be removed from the metal frame.  This is done by "twisting" each die around until it literally breaks away (see pic 1).  So now we had these metal burrs on each side of the die (see pic 2) to deal with.  One person on the web said to just file them off.  After attempting one piece I decided it was a job for my claymate hubby to do!  He managed to work on the first set and then said he would finish the others later.  We decided there must be a better way so I asked Diane of Van Island Jewels, to see if she had any suggestions and she shared with us what she did.  I thought it was nuts when she first told me but we decided it was worth a try.  Well lo and behold!  Her tip worked like a charm and was so easy, we could hardly believe it!

In pictures 3 & 4 you will see what tool we used.  That's right!  Nail clippers!  We looked around the house and found a pair that we decided was worth sacrificing for the task.  The burrs were easily removed by grabbing it between the nail clippers as shown in picture 3.  Clamping down hard with the clippers, twist the burr off and nip the piece off in almost one movement.  You can see the before (#2) and after (#4) pictures below. 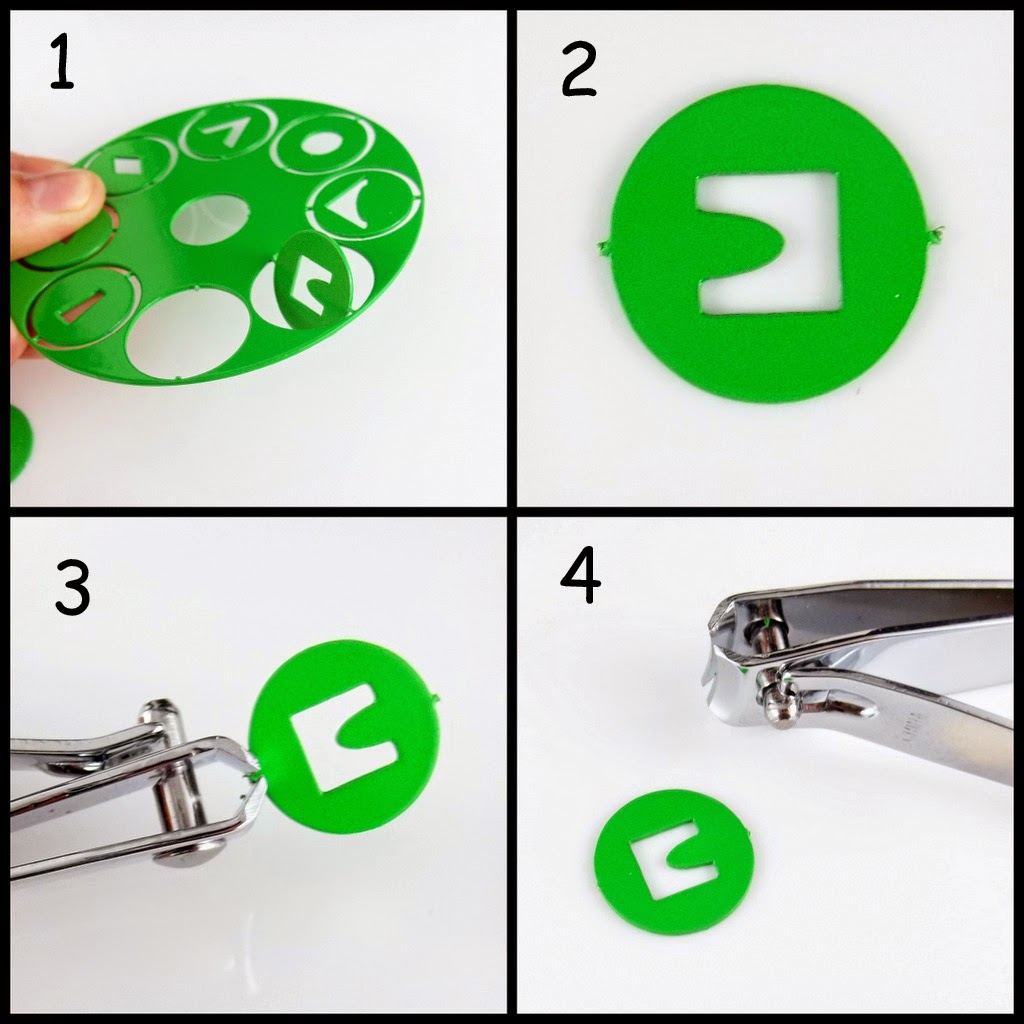 This was such a great tip, we wanted to share it with you.  If you would like to buy some of these really cool dies or other Lucy Clay tools, they are for sale in Diane's Etsy shop, Van Island Jewels, here.

So here is the clay recipe for the color Custard using Kato clay: 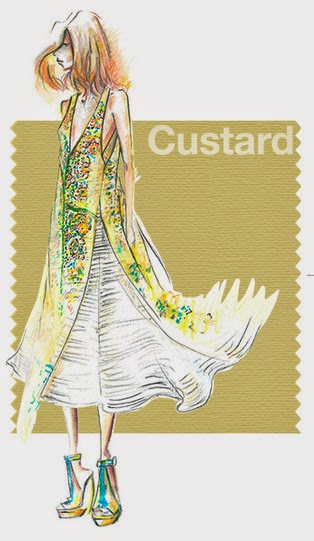 * These clay base colors are found in my
"Clay Color System" tutorial
available as an instant download in
our Etsy Shop
or manually sent in an e-mail from
our online store.