So now for some exciting news.  We have teamed up with local artisans, Kim and Tara of Knot-Sew-Cute, who design and publish amazing crochet patterns.  They are having a "Giveaway" of one of our Interchangeable Crochet Hook sets.  These sets have become a popular selling item at the local yarn shops that sell our work and we have fun creating them.

To take part in this Giveaway for a chance to win the set shown here, hop on over to Knot-Sew-Cute for all the details.  Contest ends March 1st, midnight (EST). 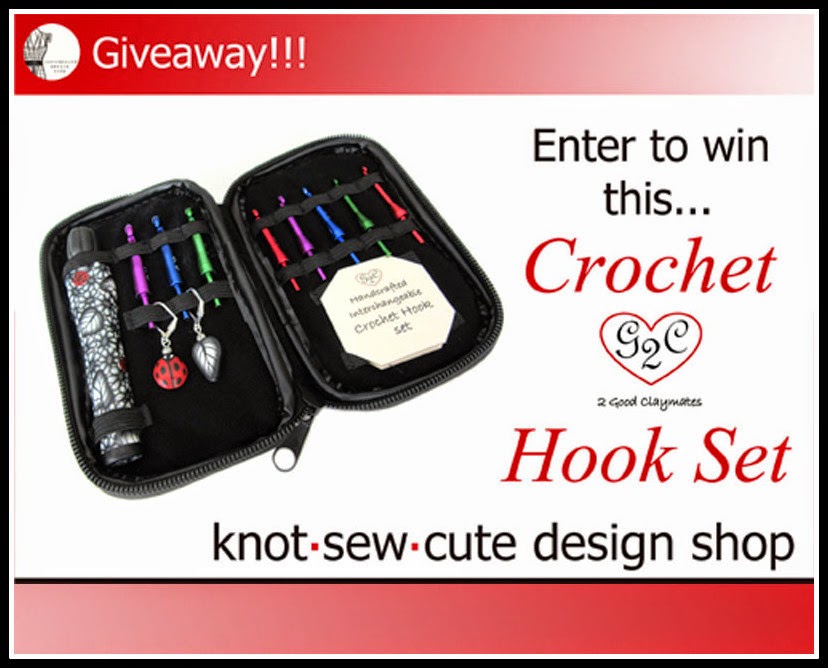 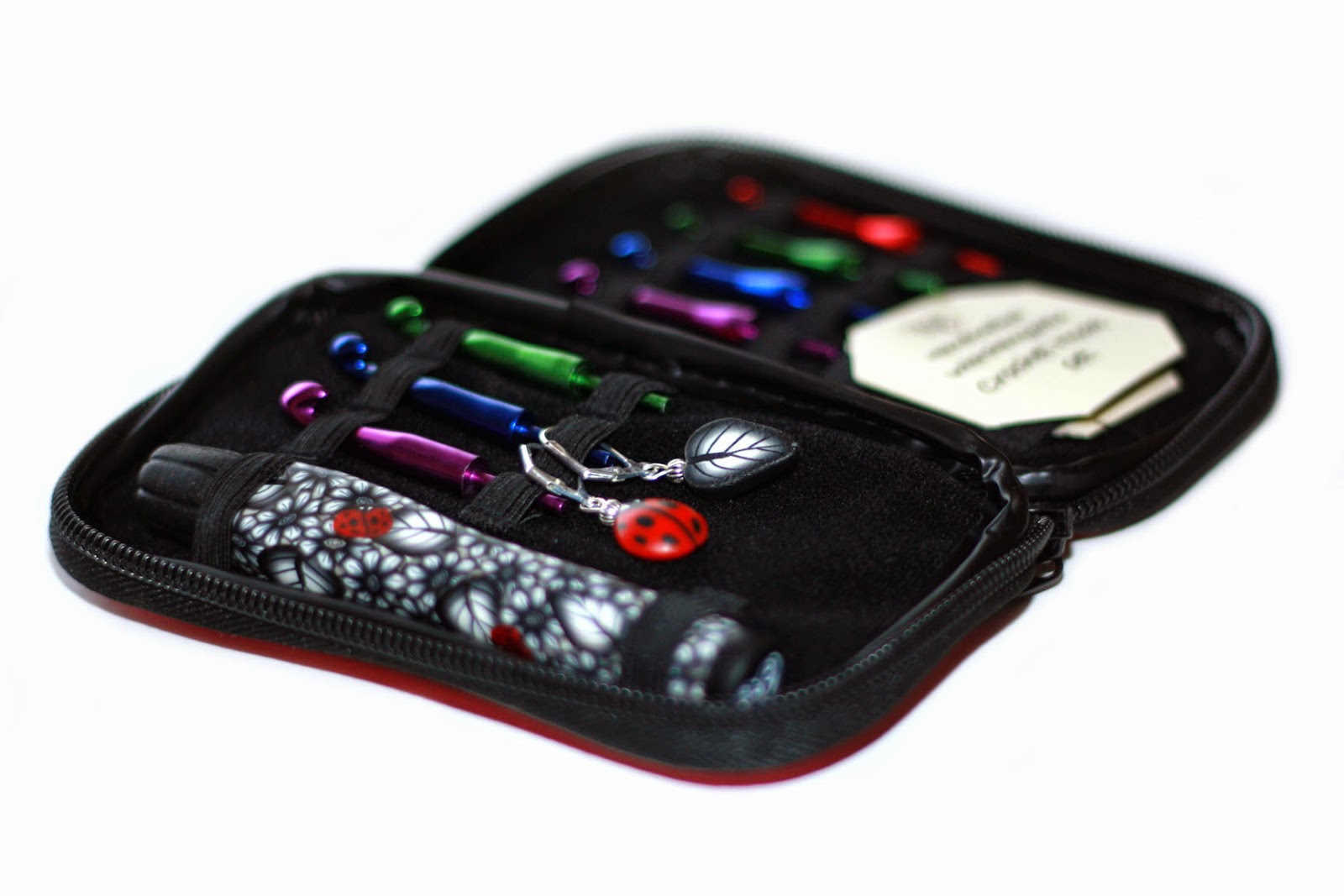 Posted by 2 Good Claymates at 3:00 AM No comments:

I haven't blogged in a few days as we have been too busy with things to stop and write about it.  By the end of this blog post I think you will know why.  We have had a lot of exciting things happen lately and something even more exciting starting tomorrow so stay tuned for our next post.  For a hint you can check out this blog post by Knot-sew-cute.

We have been working on some new button styles and sometimes a new idea or inspiration can come from the most unlikely places.  Dave was shopping around for a new car and found this Kia Soul that is just right for our lifestyle.  It is not only fun to drive but also works well for the gear that we are always hauling around.  They first showed us a grey one and of course our last car was grey and so I had to ask if they had anything in a fun color.  They happened to have this bright red one which we both really love.  So now we can say we are also "2 Good Soul Mates" -- lol. 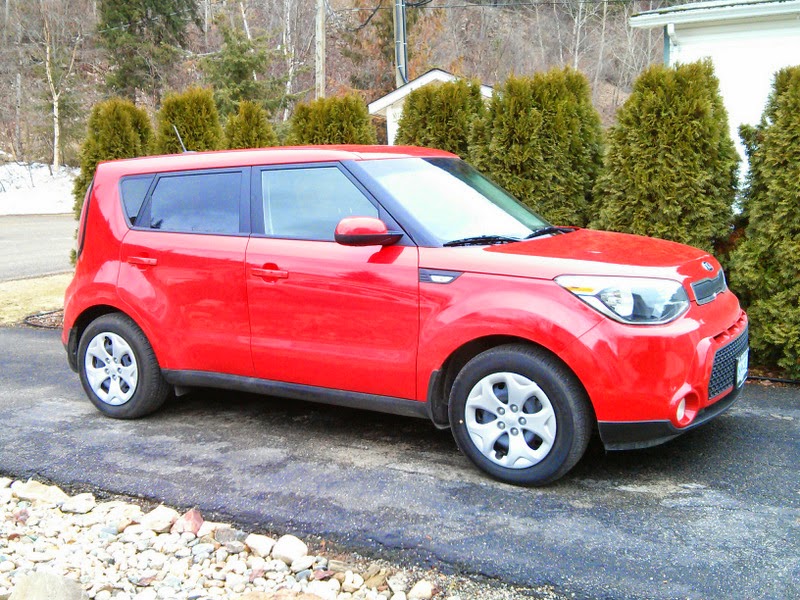 So what does this have to do with making buttons?  Well the Kia Dealer in Kamloops happens to be only one block from Donna's Yarn & Craft.  We happened to mention to several guys at the dealership about the buttons we make that Donna sells and they were very interested.  We showed them some samples and that led to an idea.  They explained to us how they wear these really nice dress shirts but they all have these boring and usually white buttons on them.  Since they do not wear ties anymore, it would be really cool if we could come up with some really funky buttons for their shirts in colors to coordinate.  We thought it was a neat idea as well so as soon as possible we started experimenting.

We decided to use some of Dave's shirts to start as we needed to make them in the right size.  We discovered that making this type of button is a little more challenging since they are so small.  When creating a cane and reducing it down to only 12mm, the pattern becomes very small and difficult to see.

This is the first set we did for a light blue shirt that Dave had. 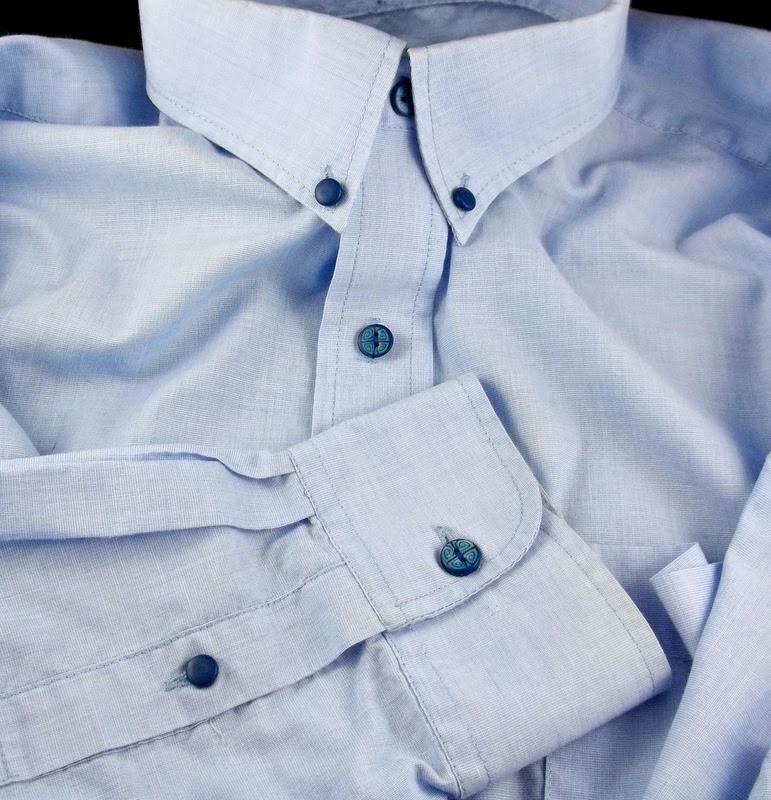 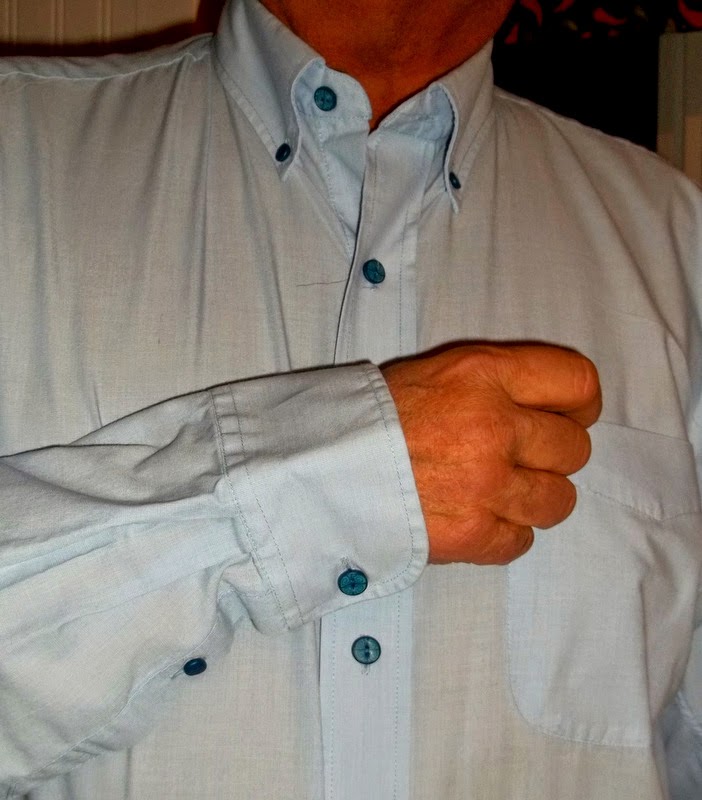 We then decided to make some in silver and black shown here:  The little solid black buttons are for the collar tips and sleeve plackets to replace those extra tiny ones.  We made these in a solid color and with a shank to add a little contrast and style. 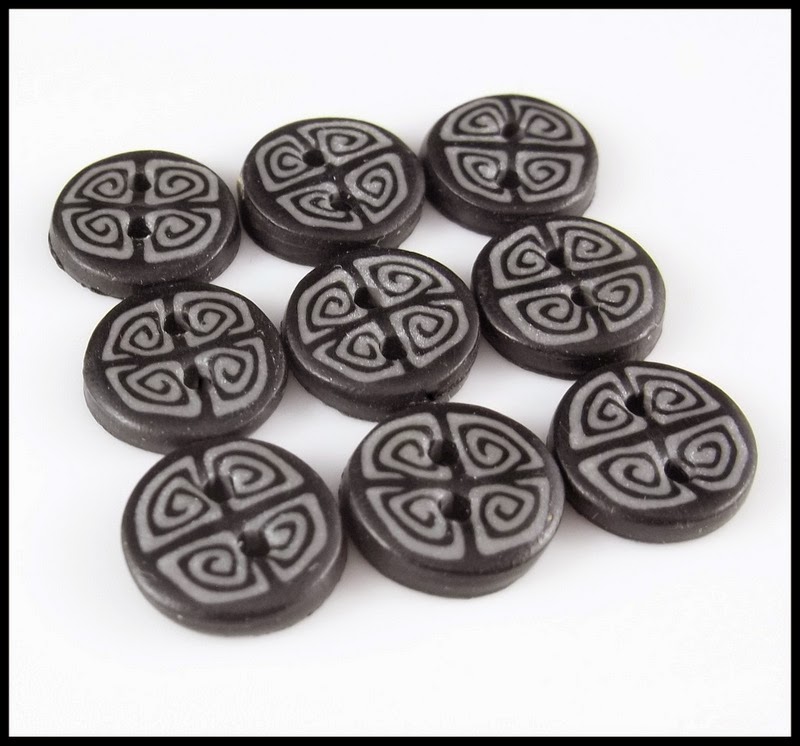 And these are a few more button style samples we have been experimenting with in brighter colors: 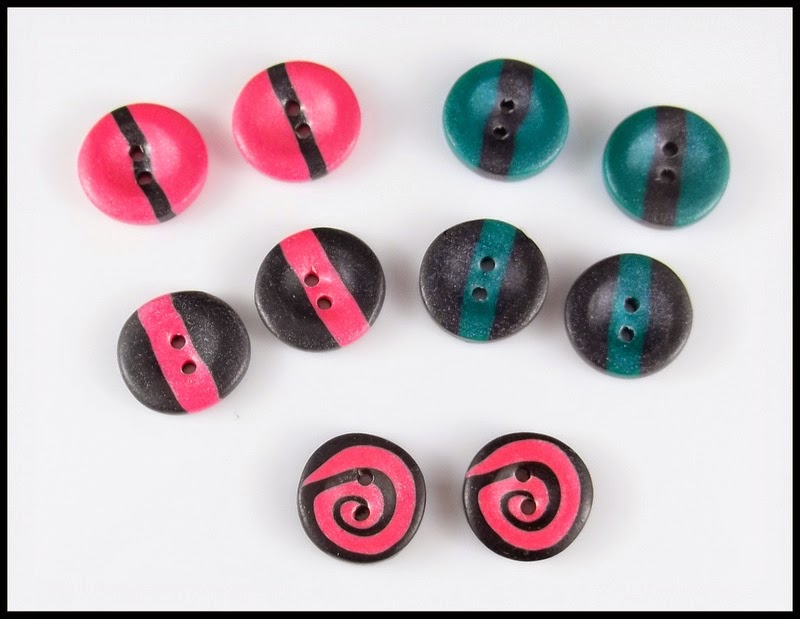 So soon we should be turning some men's shirts from blah to bazinga!

Today we reached 1000 Likes on Facebook which is a reason to celebrate!  We want to thank all of our fans that have made this possible.  As for the future, we will try to keep things interesting and even more "likeable". 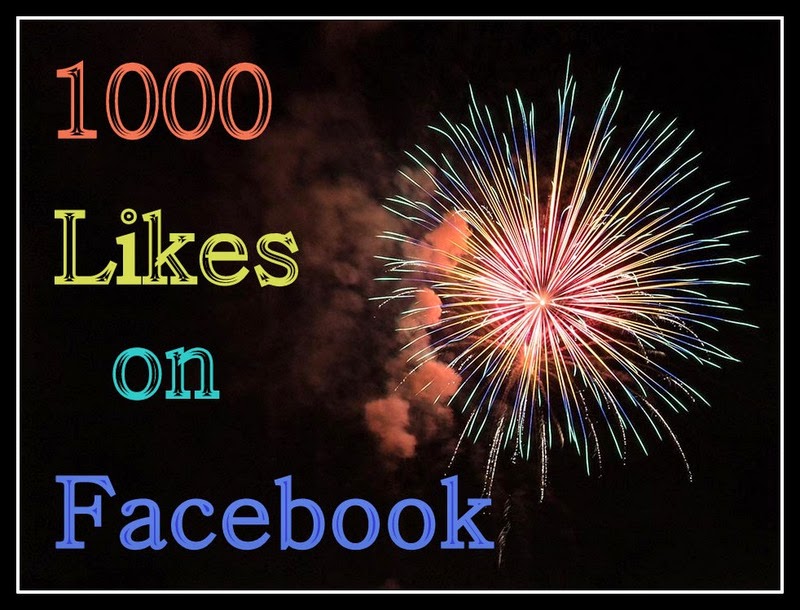 These are a few of our new button designs.  We have been working on some that are small (as you can see them in my hand), some that have bling and others with a vintage style.  The vintage ones are some of our faux stone or Turquoise set into a pretty metal frame.   These buttons will be for sale in the local yarn shops soon.

Lynden Tree Yarns - A new yarn shop in BC

Lynden Tree Yarns is a new yarn shop that just opened up in Grand Forks, BC, which is right next to the Canadian - Washington State, U.S. border.  With the winter road conditions, we haven't been able to see the shop in person yet so Lynn, the owner and operator has sent us some photos to share with you.  Her shop looks so spacious and is filling up nicely with lots of colorful yarn. 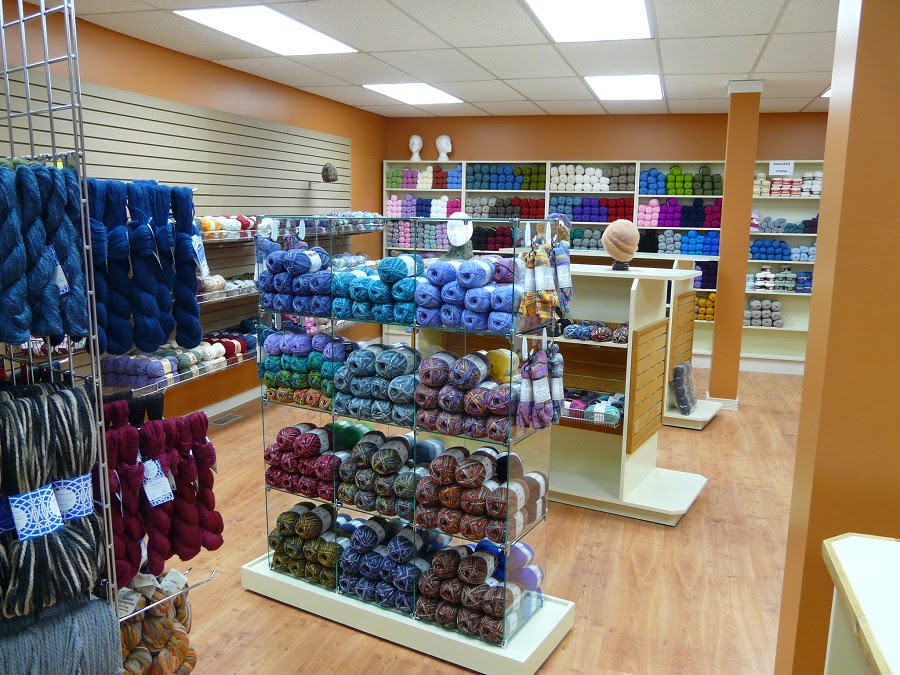 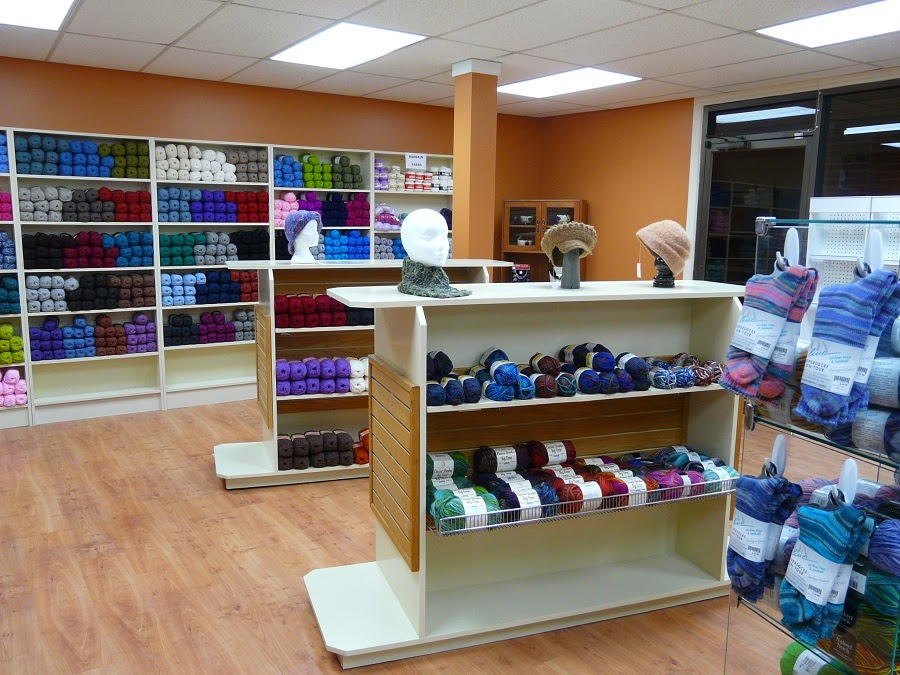 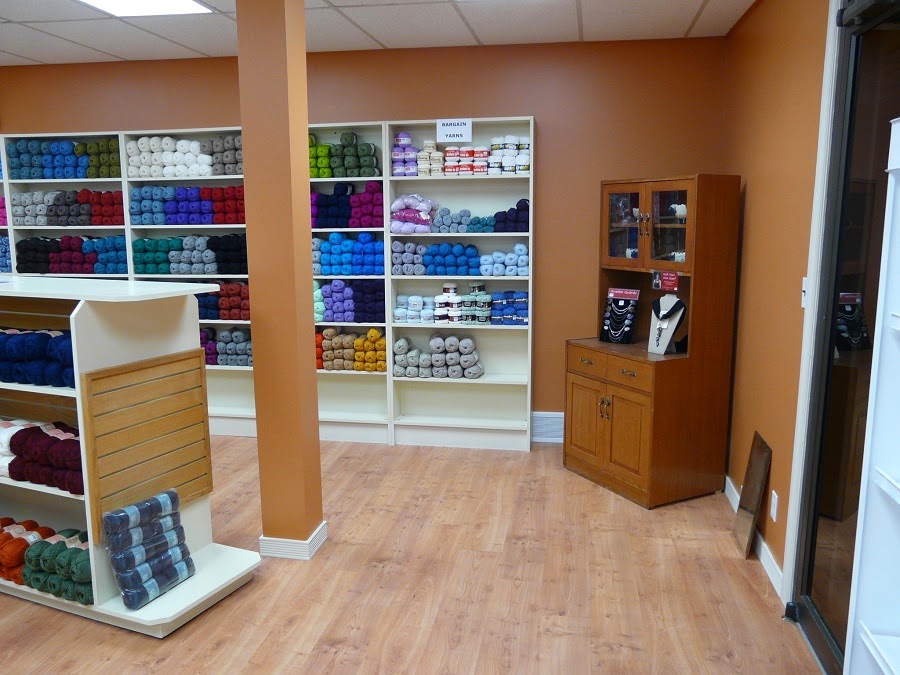 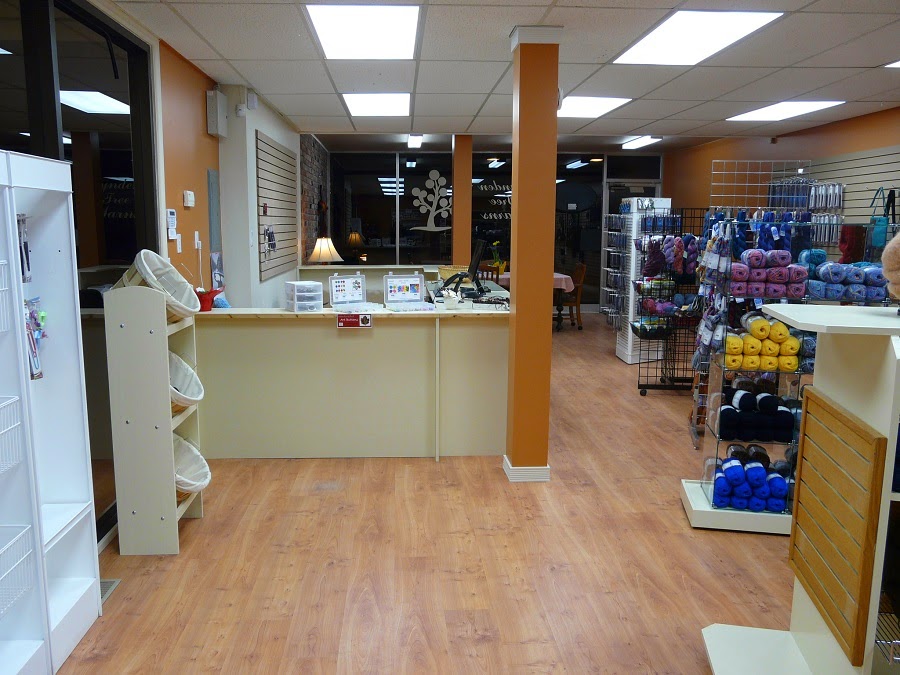 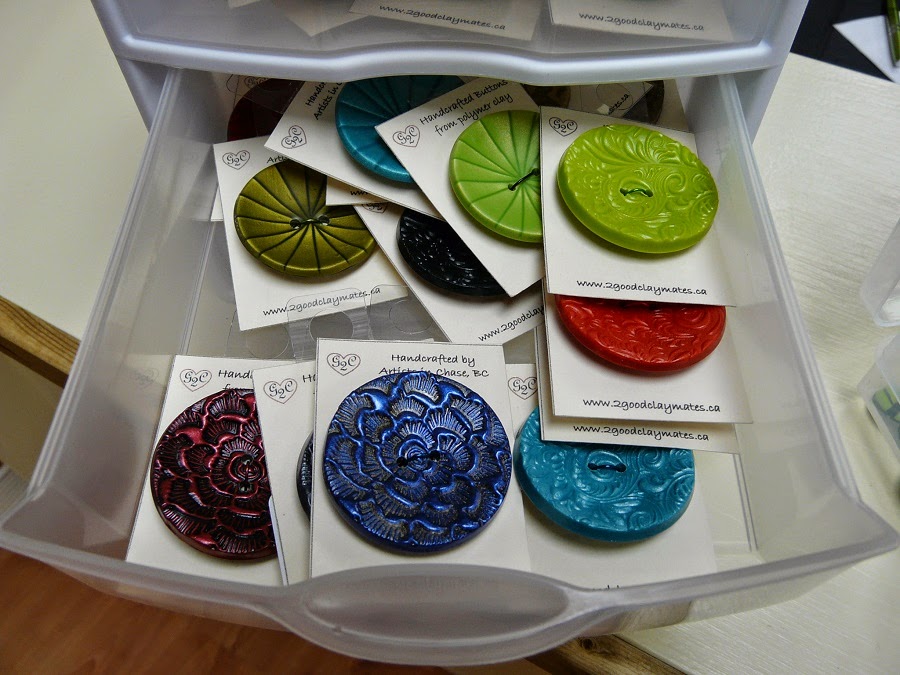 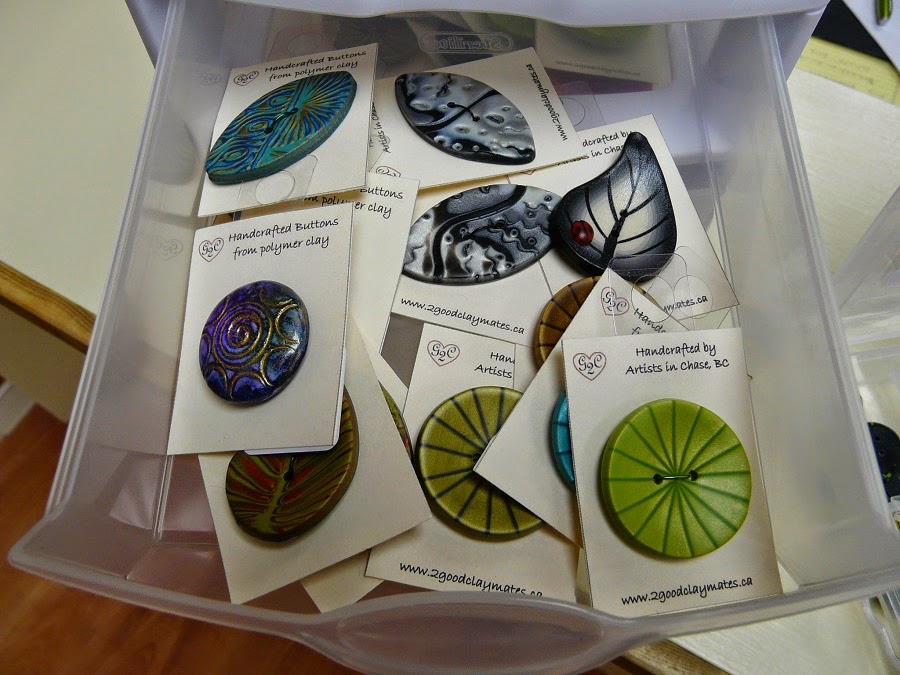 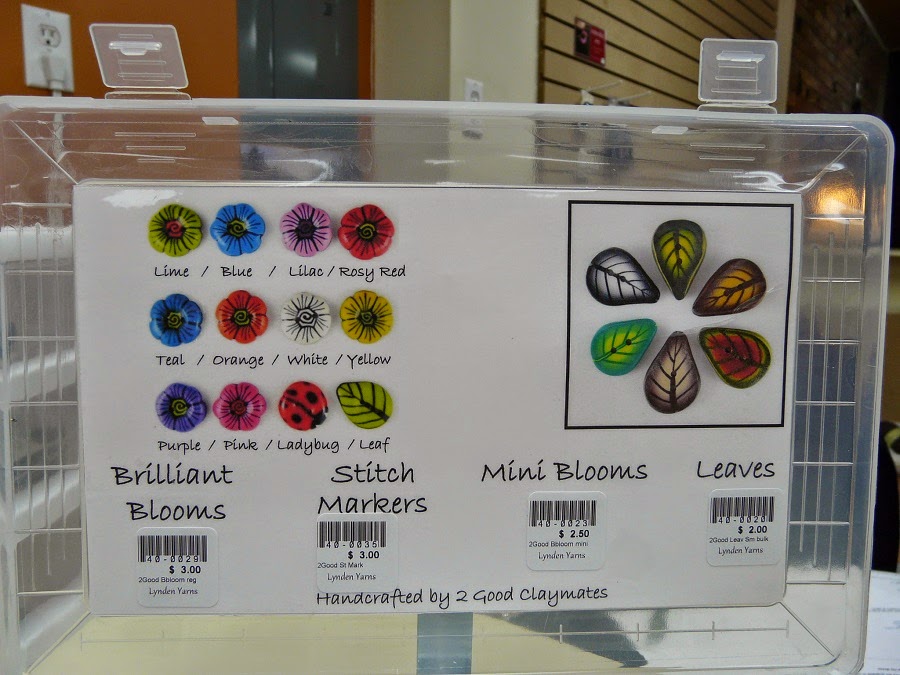 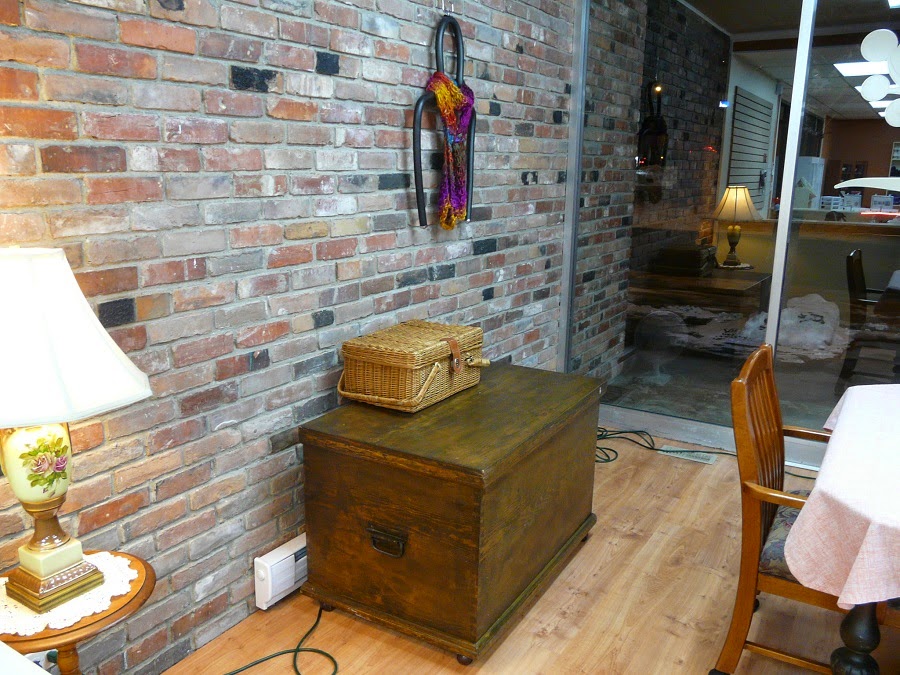 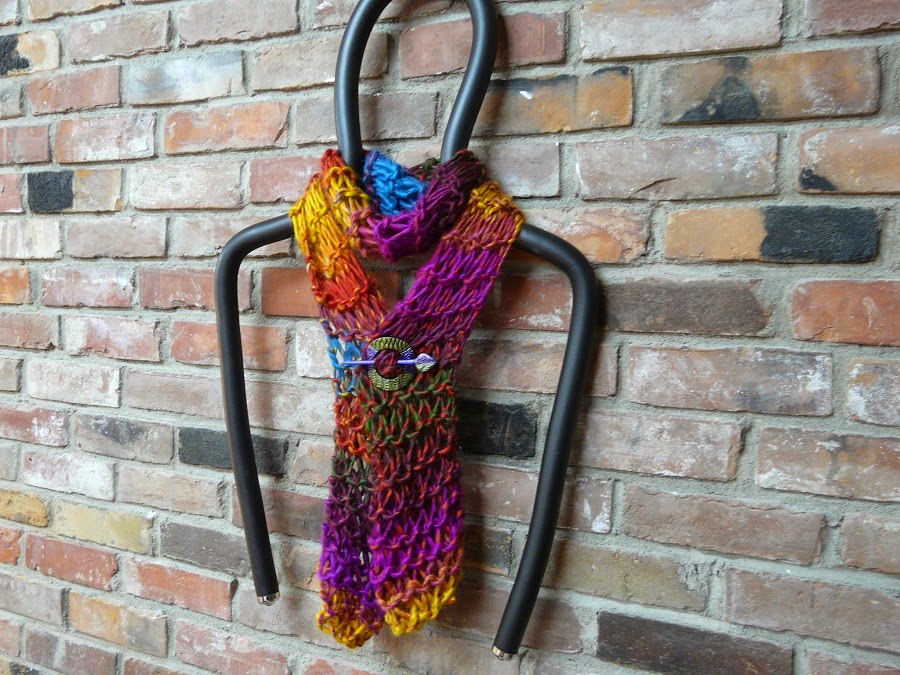 We are looking forward to visiting this new shop as soon as winter is over and the roads conditions have improved.  Lynn has been very busy with setting up and operating her new store.  She now has a facebook page which you can see and follow here.

We also have our crochet hooks in our popular flower pattern now for sale in our Etsy shop.  We spent most of January building up our inventory so customers will not have to wait for their favorite hook size to be made.  They are available in sizes 2.0 all the way up to 10.0. 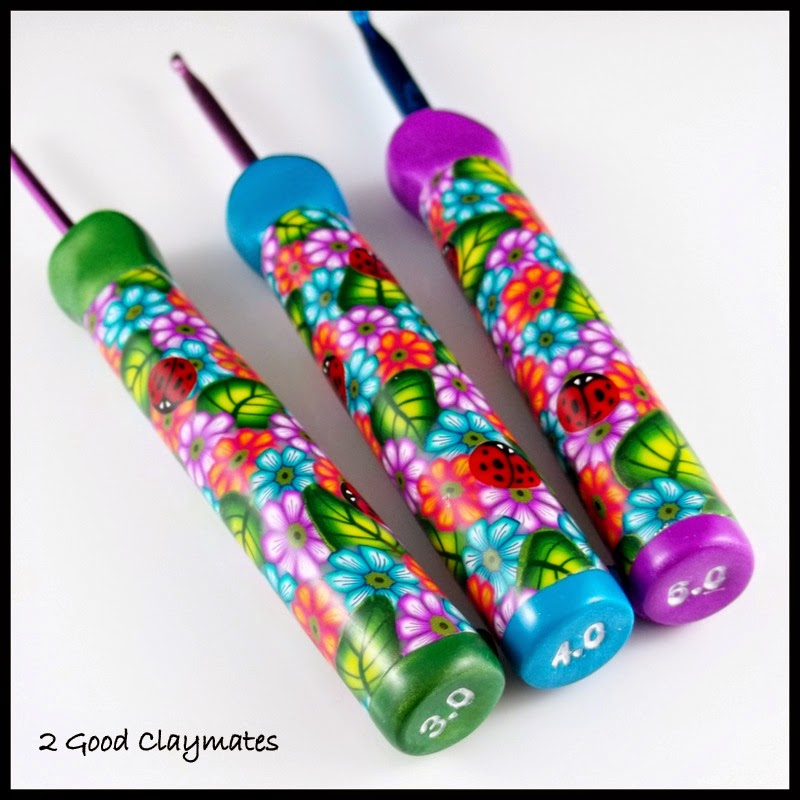 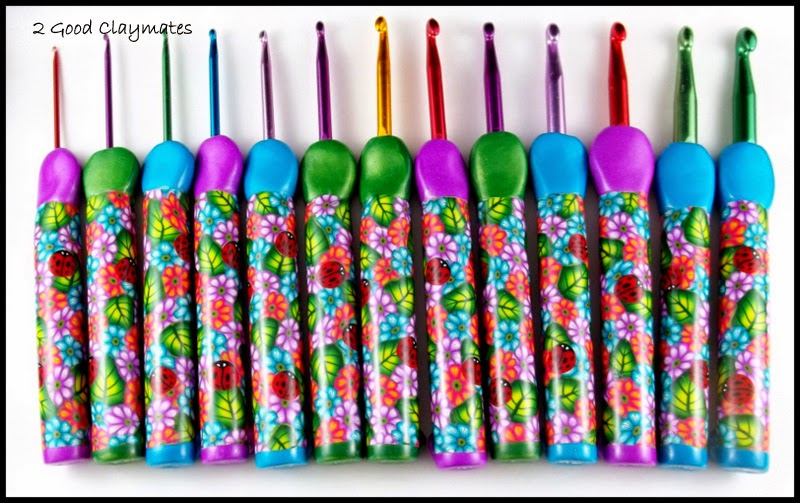 These crochet hooks have the same ergonomic design as our others.  The size is also stamped at the end for easy identification and our signature logo for authenticity. 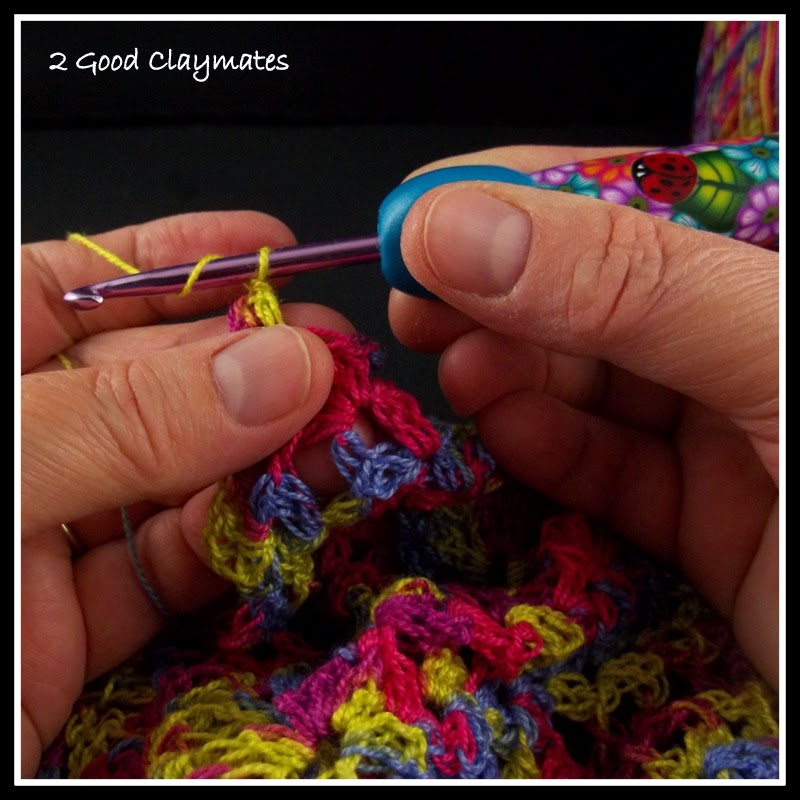 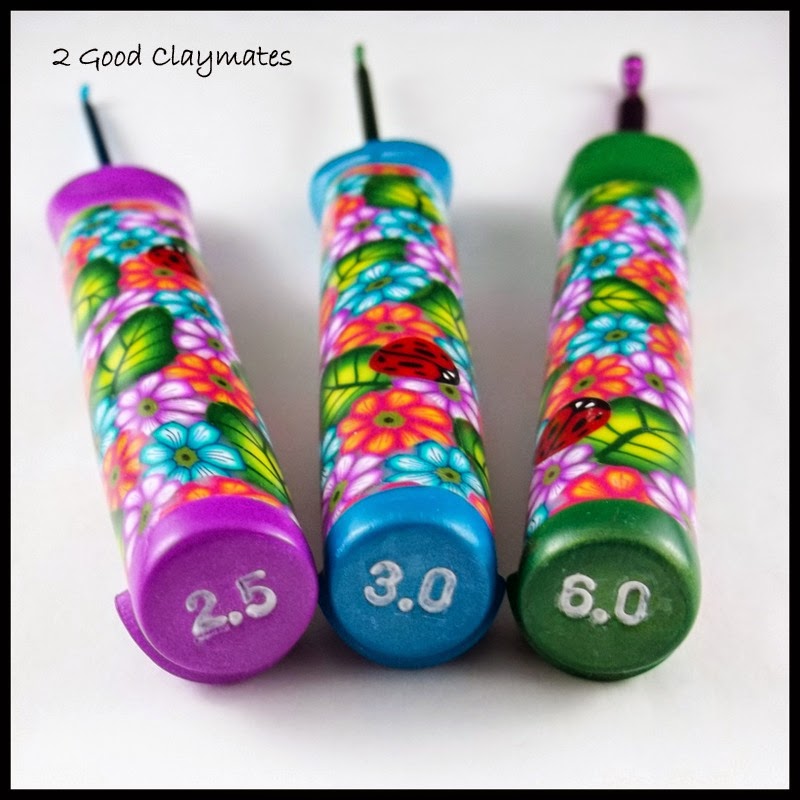 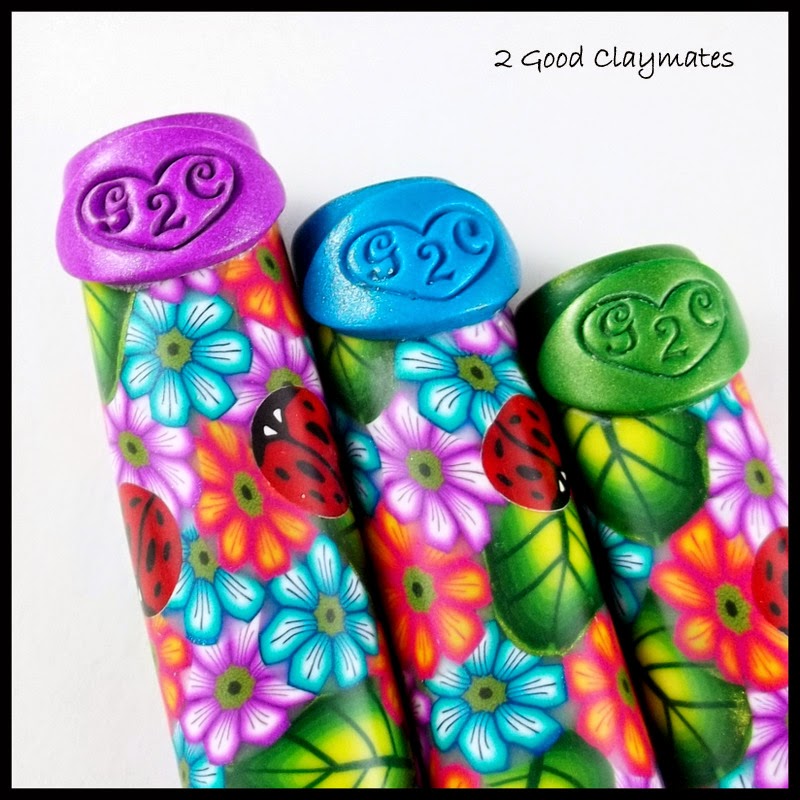 These are some of the canes we make ourselves to create the pattern on these crochet hooks.  The canes are reduced down to a small size and then thin slices are arranged onto a clay background. Posted by 2 Good Claymates at 7:46 PM No comments: