With the BC Quilt show over with, I thought I was going to catch a little free time in between preparing for the Shuswap Lake Festival of the Arts coming up in July but I thought wrong.  I didn't mind really when one of the stores had called to tell us they were in need of more scarf jewelry and we had a few more stores waiting as well.  The scarf jewelry has been keeping us busier than ever which is a good thing.  Don't worry though -- I am still working on that tutorial -- it is just taking a little longer than planned. 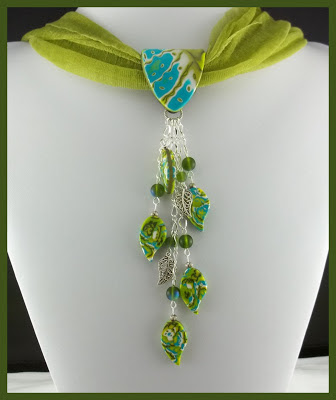 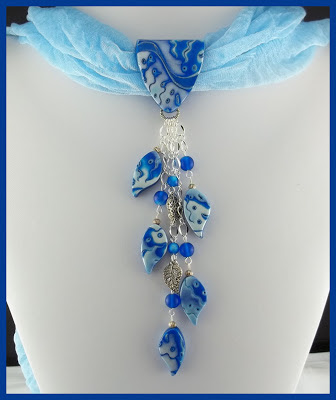 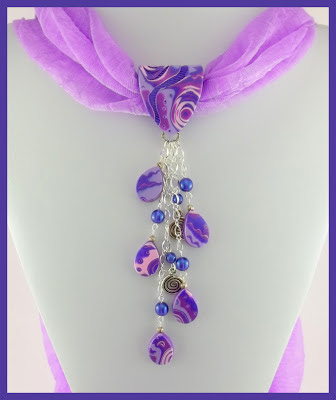 So I am happy to announce that there is a nice supply of scarf necklaces now available at A Twist of Yarn in Vernon as well as at The Sewing Basket in Salmon Arm.  To see all of the stores that sell our scarf jewelry you can check them out on our website here.
Posted by 2 Good Claymates at 8:04 PM