More Creations from a Mould

I thought I would share a few more items that were created by making a mould (see my earlier post on Making a Mould and Creating from a Mould ). 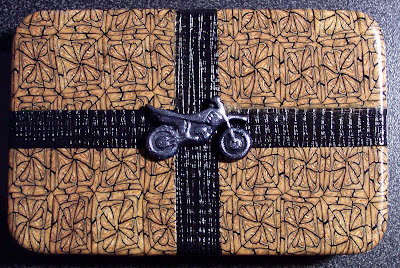 I was looking for something to decorate a gift card box for men and found this scrapbooking motorcycle charm in my stash.  I made a mould and then recreated the piece, and highlighted it with silver mica powder.

Since sewing has been my passion for many years I've accumulated a large button collection over that time.  I decided to create a mould from the one in the photo shown above.  It is made out of silver metal with rhinestones.  When I created the mould, I discovered a lacy snowflake pattern which resulted in the earrings shown below. 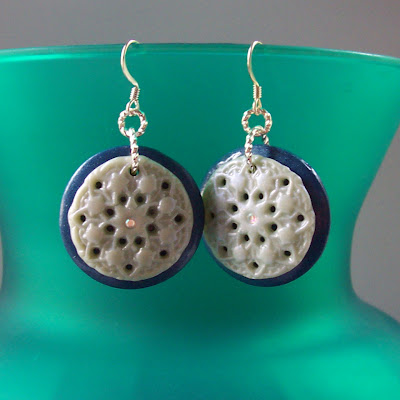