These last 2 weeks have been a real whirlwind for us. Dave was in the hospital a little longer than normal due to his body wanting to reject the new kidney so his doctors gave him the "kitchen sink cocktail" treatment to really force his body to accept the organ. Dave is now home from the hospital and as of today his doctor gave him a clean bill of health (no more signs of rejection).

We would like to thank everyone for their prayers, good wishes and good vibes. We're sure it all worked together to give us today's answer.

Besides all of this, we're still getting jewellry orders coming in at the same rate (2 or 3 a week) which helps us take our minds off of the present problems and ease the stress -- AND I have a probable contract with a ceramic tile retailer to do large orders of custom designer tiles. I just did up some samples for fun (designer tiles and electrical outlet covers for our house) and a friend (thanks John!) showed them to his tile retailer and they are very interested in custom orders so WOW! what a 2 weeks! You never know what is around the next corner -- I may get my arm twisted and end up doing a lot of custom designer tile work which I didn't even imagine doing one month ago.

On top of all this, we had the pleasure of entertaining our daughter and grandson this past weekend:

Claying with your grandson -- priceless!! 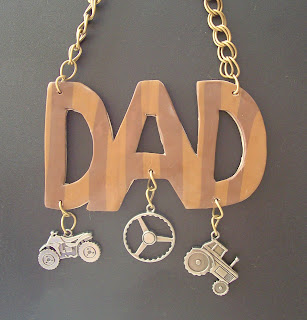 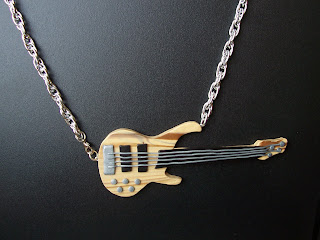 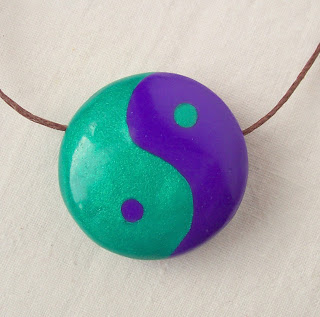 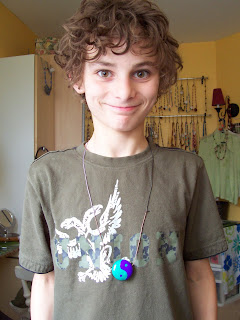 Posted by 2 Good Claymates at 7:37 PM 3 comments: Links to this post 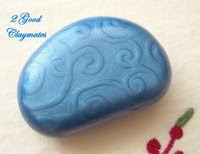 I have good news! Last Monday Dave received a new kidney! We received the call late Sunday night to go straight to the hospital. It totally caught us by surprise. We knew it would happen sometime soon, but I don't think we still would've been mentally prepared.

It has been a long haul these last 7 years with him on dialysis. It still isn't over as now we have new challenges to face but the future does look a little brighter. So far the surgery was a success and the kidney is working -- the next phase is to prevent his body from rejecting his new organ and build his health up again.
These last few years have been hard on us -- so many ups and downs -- but Dave probably wouldn't have started working with the clay and designing jewellry if things were different. I know that sounds strange but I will briefly share how he got involved.
It all started when he was feeling the smoothness of my finished clay pieces and asked if I could make him a "worry stone". He didn't want it perfectly round but just the right size and shape to fit in his hand. He said he didn't care what it looked like but more how it felt in his hand. I wanted it to look nice as well of course so I decided to do a mica shift pattern to add some depth and the look of texture but still have that smooth feel. The worry stone was sitting on top of my sanding pile and Dave picked it up and felt it and suggested he would try and sand it. He then proceeded to buff it and really enjoyed the whole process. He enjoyed it so much he asked for more sanding and buffing and finished my pile of beads and other accessories. We never noticed until afterwards that his worry stone turned out to be kidney shaped -- which made it even more special!
Later on, Dave had an infection in his arm resulting in surgery and a weeks stay in the hospital. When he returned he was still trying to recover but started looking at the piles of beads I had made for a bead show that were left over. He then started to put some pieces together and when I came home from work one day, he had several necklaces strung! I couldn't believe my eyes because I thought he did some beautiful work! (okay -- maybe I am a little biased, but can you blame me?!) So things just seemed to go on from there. Now he is even dabbling a little in the clay and has had a hand in designing some men's beads and necklaces. I like his choices and of course I think he is a better judge of what men might want -- although we found some women really like them too! --- 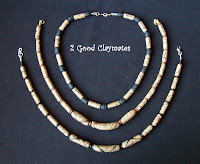 So now we are on to a new chapter in our lives -- hopefully one that is a little less bumpy -- but praise God -- His timing was so perfect and we know He does care and is still in control of everything!
Posted by 2 Good Claymates at 3:43 PM 4 comments: Links to this post

I can't believe a week has gone by since I last posted. Here is another kite bead necklace with flowers I had been working on. I don't think I will make more of these for the next while (unless I get a special order) since they take a lot of work and time. This one took about 9 hours to complete and the shorter one (in my last post below), without the flowers, took 7 hours, so they are very time consuming. We love the way they look though and have had a lot of positive comments and feedback. 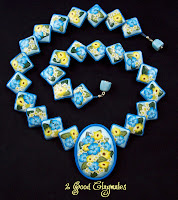 Below is one of the new designs we've been working on -- fairly basic but very classic. These clay beads took some time to create as well since the flowers were applied to each individual bead and then hand rolled. There are professional bead rollers on the market, which I have to admit I have never tried. I had considered getting one, but decided they weren't for me as I have developed my own method of measuring and forming each bead, but most of all, I love the feel of the clay in my hands as each bead is formed. We really like how this one came out and plan to make some more in a variety of colors and designs. 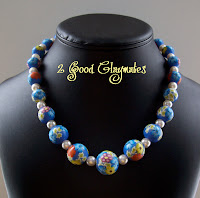 Posted by 2 Good Claymates at 6:29 PM No comments: Links to this post 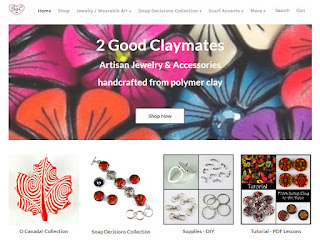